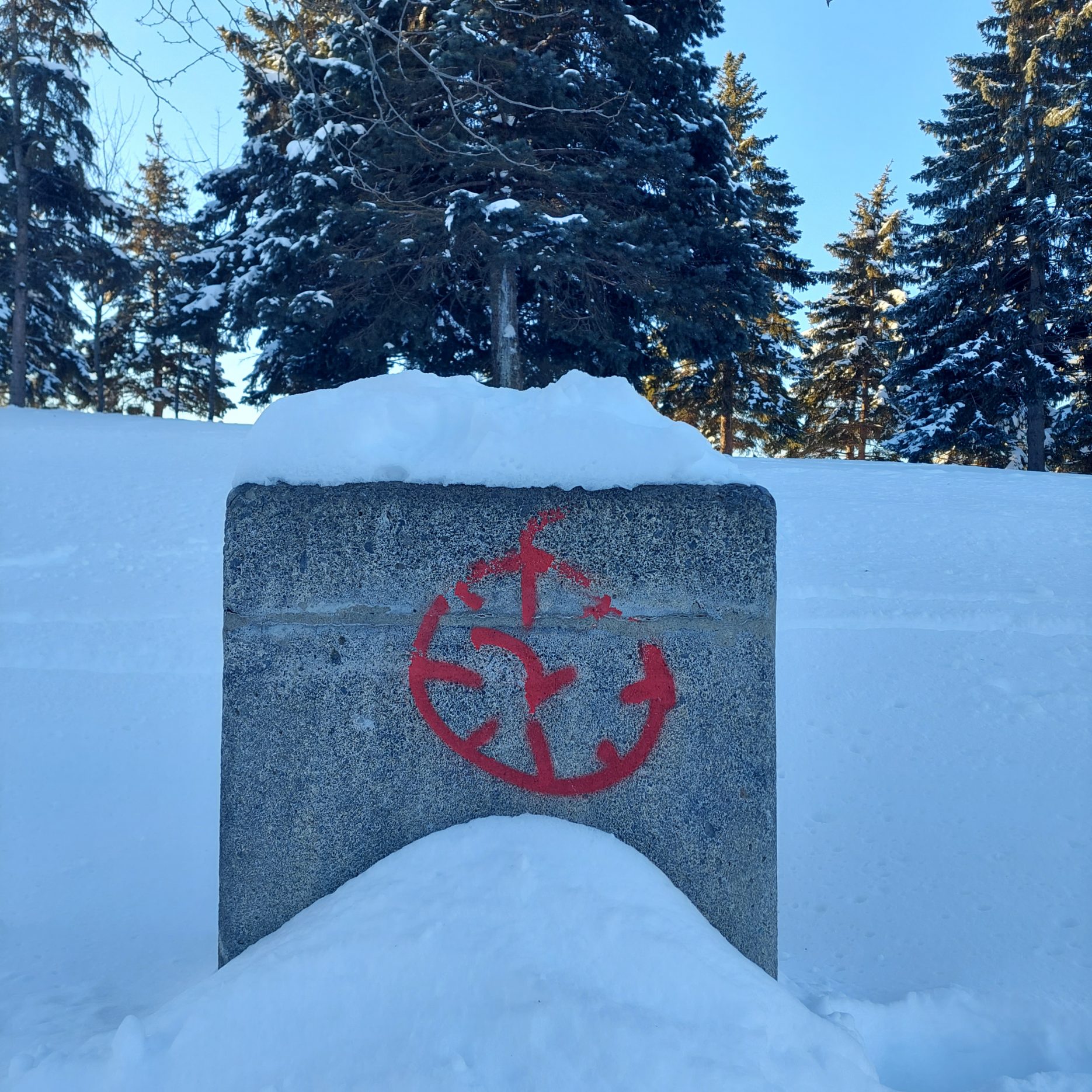 I see red graffiti painted on a rock, on my morning walk in the park. It’s a red clock but my mind sees a bomb about to go off. My inner clock is clearly tick-tick-ticking.

That’s me in the corner
That’s me in the spotlight
Losin’ my religion
Tryin’ to keep up with you
And I don’t know if I can do it
Oh no, I’ve said too much
I haven’t said enough

That REM tune is singing in my head today, an earworm I can’t shake. Especially the part about having said too much. I’m haunted by having done that, a few months back. Those words, too many words, spoken only to have broken something between us. In that moment, I had to say the things but I said them badly and I recorded them too. It was a an impulsive action, it was carelessness. I can’t take it back.

What’s more is I had dreamt about it. A few months earlier. I hadn’t dreamt of words but of the essence of the communication. I’d dreamt she’d pulled an article of clothing out of my mother’s closet, suggesting I wear it. And I had said, “No.” A very firm and clear rejection.

I’d wanted my words to speak the truth but with love. Rejection but invitation too. In my carelessness, the bad outweighed the good, unquestioningly. The message I put out there was painful and now I must live with this.

The moments in time are ephemeral. They come and go and are gone. You can’t take them back, you can’t do a retake. Though I so badly want to. And I could say that about so many moments in my life. I play the video, I rewind back in time, I see it and I want to say, let’s do a second take and this time: ” ….” . This time, pay attention, damn it!

Well I can’t go back in time but time is said to heal wounds as well. So I’m breathing more deeply these days. I’m slowing down. I’m listening more attentively. And I’m trying to repair the wounds in small ways, with small actions, in the short, single moments, one at a time. I don’t know if I can do it.