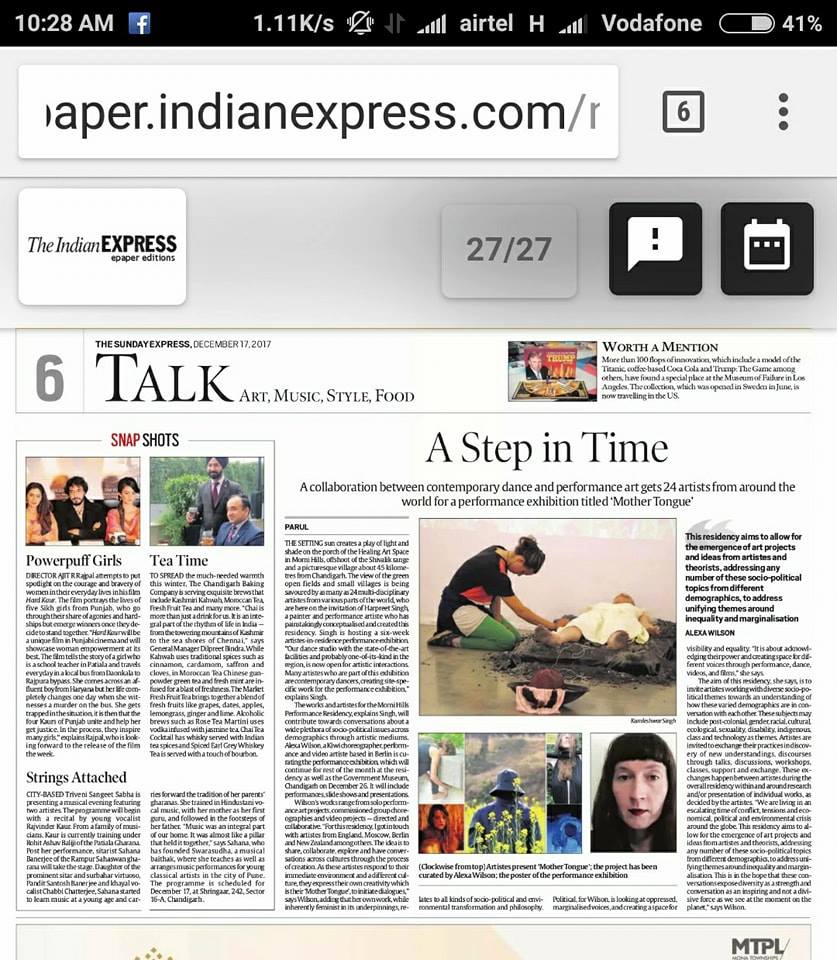 From November 18 to December 30, 2017 I participated in an art residency, at the Healing Hills Art Space in Morni Hills, Haryana, India with 20 or so other artists hailing from all over the world. Curated by Alexa Wilson this year, the residency’s director is Harpreet Singh. The results of the residency were performed and exhibited during two public events, entitled Mother Tongue held at the Chandigarh Government and Museum Gallery on December 16 and December 26 & 27, 2017. 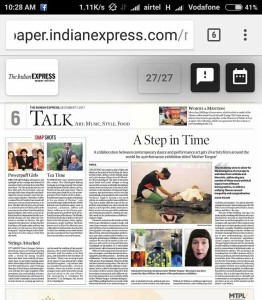 A first draft of a verbatim theatre script, The Women of the Hill, which I wrote during the residency, based on interviews with local women, was performed on December 16 and again on December 26, 2017.